As the Sun rises on Friday, the 21st, Winter begins, Yule, the Winter Solstice.  In the Wiccan world this marks the beginning of a new year, a whole new reality starts as that Sun rises.  Forget the secular calendar for few minutes and go back to another time when reality was controlled not by industry and commerce, but by farmers, old style, traditional farmers.  That calendar was controlled by the turn of the seasons, the Wheel of the Year.

Those people weren’t as married to the numbers of the days as they were the changes in the seasons, so harvest had ended toward the end of October, somewhere around October 31st.  Planning for the next year’s harvest began when the Sun starting growing again at the Winter Solstice in December.  As the secular calendar began to take hold actual dates became solid in people’s minds as the end of the old year and the beginning of the new year.  However, in the pagan world the old dates survived, although in modern Wicca we’ve combined two old traditions.  Many of us end our year on October 31st, Samhain, which comes from the Celtic tradition.  The new year starts on the Winter Solstice, Yule, this year on December 21st, coming from the Teutonic tradition.  Yep, that means there is some downtime between one reality closing and a new reality beginning.  We witches use that time to rest and dream of what the new reality will be.  As the Sun rises on the morning of Yule, we start moving the new reality from a dream to a solid plan.

So, take these last few minutes of downtime to add the finishing touches to your dreams, and get ready for a whole new reality to begin on Friday morning.  It will be what you make it, so make it a good reality. 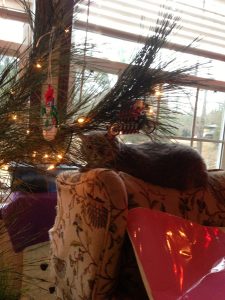 Litha:  Summer in the Deep South